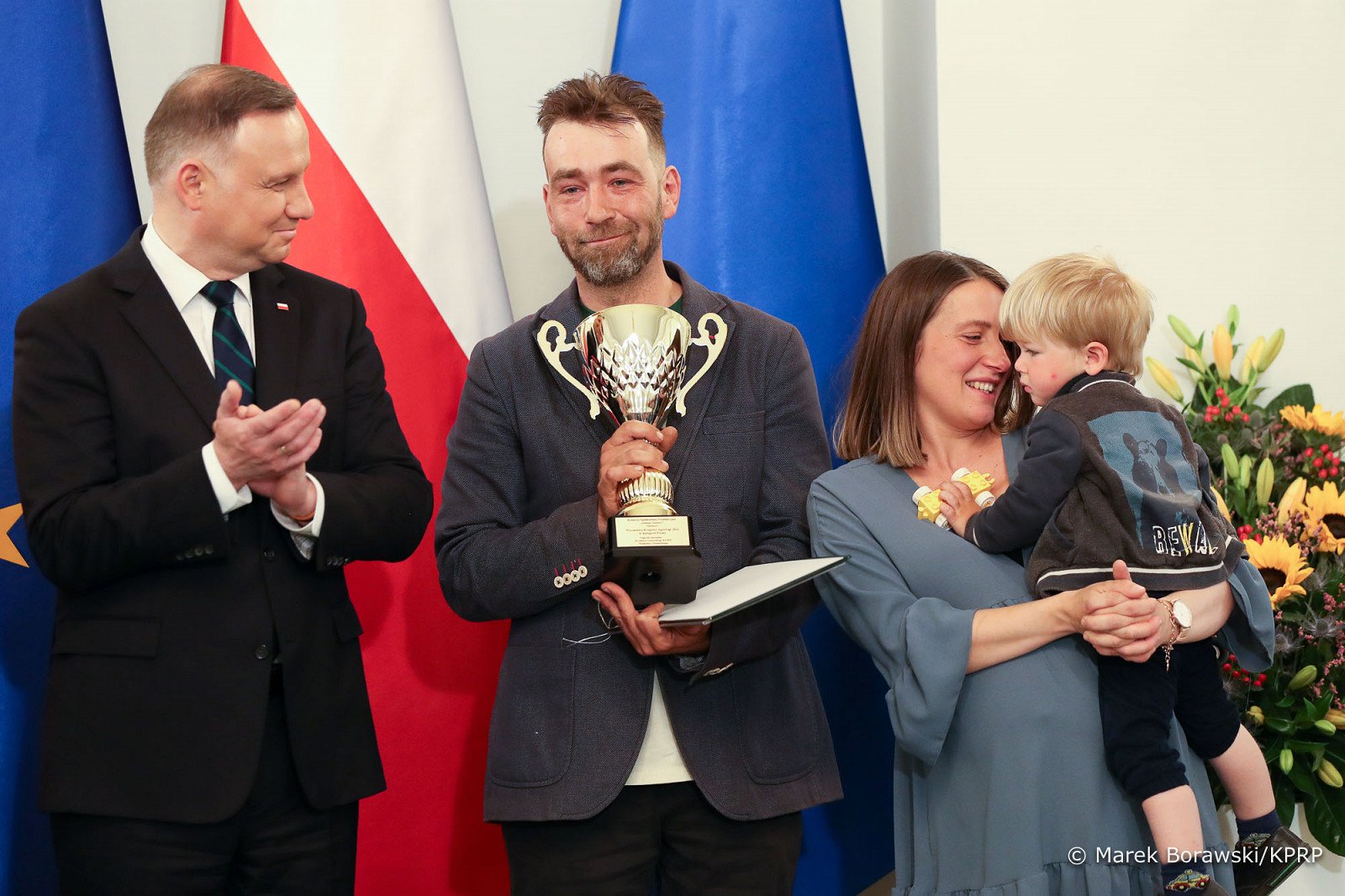 On May 27, 2022. the AgroLiga 2021 Gala was held, during which the best farmers and representatives of agribusiness were awarded. Ostoja Natury, as a finalist and champion of the Warmian-Masurian Voivodeship, was among the other champions of the regions. The competition jury awarded us with the title of vice-national champion in the company category, which we consider a great honor for our initiative.

As the only regenerative and ecological farm in the national finals of AgroLiga, we competed with much larger entities and farms, often built for generations. Congratulations to all finalists and participants, we hope that we will contribute to the wider promotion of the idea of ​​regenerative agriculture in our country, both among farmers and institutions, which will allow for even higher quality for our customers with simultaneous care for our land so that the next generations will find it in a better condition than it is now.

The gala was held at the Presidential Palace in Warsaw, and President Andrzej Duda and his wife Agata Kornhauser-Duda were its participants.

These are extremely important awards bringing to the pedestal of those who build food security in the Republic of Poland with their hard work.

You are a model for other hosts, for young people; you are also teachers who pass on knowledge and experience to the young generation so that Polish agriculture may continue to flourish

The AgroLiga competition has been organized since 1993. Since 2008, the President of the Republic of Poland has held the Honorary Patronage over the AgroLiga Gala. The winners of the competition, both at the national and provincial level, are becoming a symbol of entrepreneurship and the economy in Polish agriculture and agribusiness.